Campaign for a Fair Economy – Fight for $15! 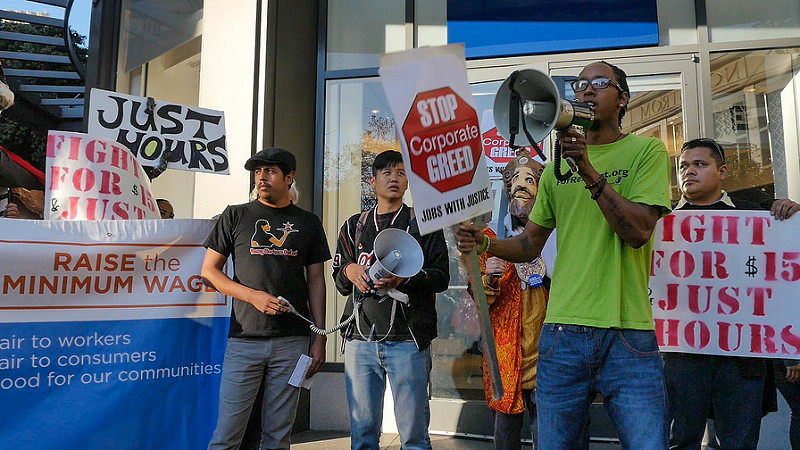 To address surging income inequality in our city, JwJ convened a coalition of community and labor groups to lead the campaign to raise San Francisco’s minimum wage to $15 per hour. In 2014, an overwhelming 77% of voters supported Prop J creating the strongest minimum wage law in the country. Prop J provided a much needed raise to 142,000 low-wage workers in our city and increased their combined income by nearly $400 million annually. Our precedent-setting victory sparked many such laws across the country.